How many dry fly patterns do you need for the stream? This is a little like asking how long is a piece of string. The obvious answer is of course as many dry fly patterns as you need. The problem is every fly fisher has his own personal idea of how many that is. Some may carry literally hundreds of patterns whilst others may carry only half a dozen dry fly patterns. I'm firmly in the latter camp but when required I'll tie up patterns for a certain hatch.

The parachute Adams - a good general all round stream dry fly.

The "F" terrestrial- A superb fly in high summer when bugs abound!

My standard terrestrial patterns are the "F" terrestrial and the Griffiths gnat shown. The F terrestrial I can tie fatter or thinner to represent beetles or flies. It is fantastic fished in high summer under the branches of overhanging trees. Trout are the ultimate opportunists and wait for meals from the sky in such locations. It is a very simple fly to tie and always effective in the right conditions. 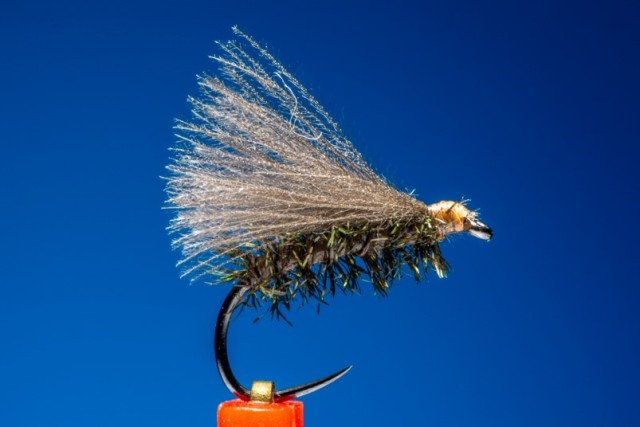 The Griffiths gnat is a great standby when trout and grayling are feeding on tiny black specs about the size of this full stop. But between them these 2 flies will do an excellent job of representing most small black bugs beetles and flies most of the time. The odd time I need a special pattern like in a hawthorn fly I will tie a few up. 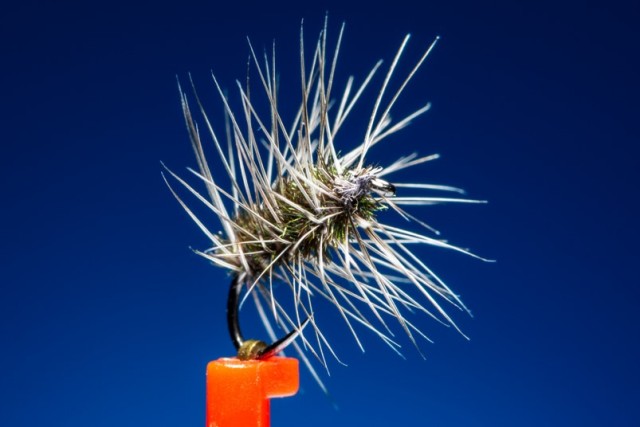 Of course the fact that trout quite happily take a traditional pattern like an Adams does not stop fly fishers producing more innovative patterns. Trout in streams that see a lot of fly fishers become very wary of dry flies. Indeed whole episodes such as Goddard's "the Educated Trout" are devoted to this.

It might be argued that no hackle duns are in fact emergers or flies with wet bottoms. They are effective because fish see emergers as an easy target, especially an insect that is trapped in the surface film. Swisher and Richards took this to its logical conclusion by tying patterns that represented cripples or failed emergers. In any hatch the observant fly fisher can see flies with wings trapped in the film- struggling frantically to break free. Trout candy.

Parachute dry flies like the Klinkhammer are a popular modern alternative to traditional hackled flies. The profile of a parachute hackle is far more realistic and the body of the fly hangs enticingly just below the surface. Parachute versions of old classics like the Adams are extremely good effective all round dry flies.

In the next link we will look at a soft hackle dry fly. These flies are outstanding and are currently the first fly I will tie on by the stream.